The Sky’s the Limit with Cloud Solution

The Sky’s the Limit with Cloud Solution 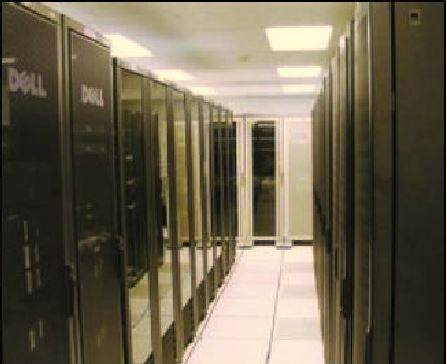 Health care providers are increasingly facing a storage problem. With medical image archives becoming digital and the initiatives of health care reform that require electronic medical records, digital storage has become a significant task and expense for most facilities. When it comes time to decide on an option for storage, two basic methods are available. The first is traditional on-site storage, which requires server rooms, a trained staff, in-house—or outsourced—upkeep, and a robust network. The other solution, which is emerging as a more common approach, is to utilize cloud storage, which offers facilities freedom from the infrastructure requirements but all of the functionality of the on-site option. Mount Kisco Medical Group, a 250-physician, multi-specialty practice with 11 offices spread throughout the northern New York City suburbs and upstate New York area, chose the latter.

Selecting the CoActiv EXAM-CLOUD solution, which offers disaster recovery in addition to remote storage, the facility upgraded its image storage from tapes to the digital medium.

“We had tapes if you can believe that,” said John Basile, CRA, RT(R)(MR), administrative director of radiology, Mount Kisco Medical Group. “We already had the infrastructure. We have fiber. We have a strong network in place. We were just so thrilled to get rid of these tapes. You have to maintain them and have a room with all of these tapes. We’ve kind of broken free.”

The EXAM-CLOUD solution automatically archives exams with a unique Quad-Redundant archive storage system that saves data in four separate locations, and keeps archived exams online  at the local facility as well as in multiple Tier-IV data centers in different states. Basile notes that the facility has not yet encountered data/image retrieval from the off-site storage, because the facility set up a large enough cache of on-site storage to allow it to quickly access all of its images.

In addition, the CoActiv storage option interfaced with the facility’s existing PACS system without any complications, and also offers disaster recovery options. However, familiarity, ease-of-use, and access to neighboring facility databases may have played just as big a role in the facility’s decision to use the CoActiv solution.

“In this area—Westchester County, which is the county above New York City—there are probably four hospitals that already had CoActiv,” said Basile. “It made sense, clinically, because a lot of patients have studies at other places. We now have access to other databases. So I called their radiology managers and talked to everybody to find out how their experiences were going. They were in the area, so it geared us—maybe artificially—toward CoActiv.”

But even more than this predisposition, as Basile mentioned several times, he is in the business of growing a business. Overhead and operating costs played a significant role in the selection of the CoActiv EXAM-CLOUD storage solution. When the facility first implemented the service, CoActiv’s pricing point was far lower than that of the competition. Perhaps more importantly, though, the need to train an expansive IT department on the maintenance and intricacies of an on-site storage facility presented an economic burden that the cloud-storage solution mediated.

“We’ve got a pretty robust IT department, but from what I understand, you don’t just plug everything in on-site and it will all be beautiful,” said Basile. “You have to maintain it, you have to train your guys, and you have to continually upgrade it. We don’t have to do any of that. If you’re in the business of growing a business, you want to focus on expanding things. That’s really the environment we’re in here. When you manage growth, the last thing you want to be doing is archiving images. It just doesn’t make sense.”