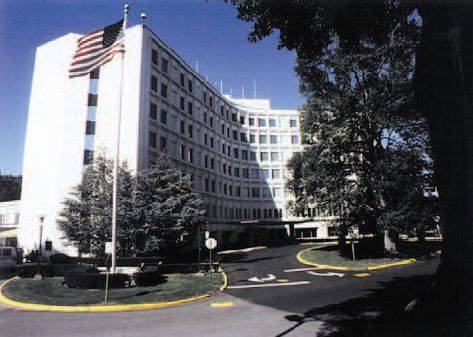 Founded nearly 90 years ago, Northern Westchester Hospital (NWH) is a 233-bed facility located in Mt. Kisco, New York, serving the people of Westchester, Putnam, Southern Dutchess, and Fairfield counties. With a staff of more than 500 physicians, NWH offers state-of-the-art patient care in a community setting. A complete range of diagnostic, medical and surgical services are provided by the hospital on an emergency, inpatient and outpatient basis.

In 2003, the hospital’s administrators began to look at the options for converting their film-based imaging services to a digital imaging and archiving system. To increase the department’s efficiency, provide better accessibility for its referring physicians and eliminate the high cost of producing and storing film studies, the hospital decided to install a digital picture archiving and communications system (PACS).

Although PACS has been readily adopted by large research and teaching facilities, the majority of hospitals and imaging centers have been slow to implement a PACS because of cost and integration barriers. Recent estimates from the healthcare industry research firm Frost & Sullivan suggest that more than 80 percent of U.S. hospitals have not yet installed a PACS. But NWH realized that a PACS installation would help improve patient care and create a competitive advantage. “There’s a saying that the best time to plant a tree was ten years ago; and if you didn’t do it then, you should do it now,” says Dr. Lou Perez, NWH site director for imaging services. “It’s the same with a PACS—if you do not already have a PACS system in place, now is the time to do it.”

NWH’s conversion from film to digital imaging posed a two-fold challenge: first, it needed a PACS vendor with a system that could be customized to meet its specific needs; second, it needed a PACS that didn’t exceed its budget.

Vendor Selection. NWH looked into systems from a variety of companies and settled on the EXAM-PACS® system from CoActiv Medical of Ridgefield, Connecticut. The system was deployed in January 2004. NWH was familiar with CoActiv, LLC through an affiliated company, AMSYS, Inc., an IT services and consulting company contracted by the hospital for a variety of computer, networking and other technical needs. “We were impressed with CoActiv’s work on the IT side and we became interested in its EXAM-PACS solution,” says Warren Geller, NWH’s senior vice president of administration. “It turned out that the number one quality that separated CoActiv from the other vendors was its efficiency in offering a solution that met our demands while keeping costs low.”

Geller explains that colleagues at other hospitals were working with PACS vendors whose contracting process alone took several months to complete. On the other hand, CoActiv was able to negotiate, contract and install a working PACS in less than two months. “From the very beginning, CoActiv was reactive to our needs,” he says. “They provided a quote faster than the other vendors, and informed us of all the costs up front.”

“CoActiv’s philosophy was a good fit for the personality of our hospital,” continues Geller. “Our goal is to be efficient and CoActiv was able to provide the best match for that style.” 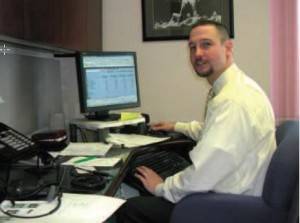 Cost Considerations. NWH’s decision to implement CoActiv EXAM-PACS was based on the product’s functionality coupled with its affordable price. CoActiv’s product development philosophy combines design simplicity with good value—using standard, high-performance, off-the-shelf hardware components. CoActiv provided NWH with better product functionality, training and customer service for roughly one-third to one-half the price of most other PACS. “Price is a very big factor in New York healthcare,” says Geller. “It was critical for us in making a purchasing decision, but at the same time we didn’t want to cut corners.”

Planning, Integration, and Installation. According to David Natoli, NWH administrative director for imaging services, the installation of the CoActiv EXAM-PACS was trouble-free, taking place over a weekend. “When we left on Friday, the technicians were doing some cabling. When we came back Monday there was a PACS system installed,” he says. “Of course there was a lot of behind-the-scenes work before that weekend, but overall there were absolutely no problems.”

Natoli says that over-planning and over-communication are critical elements of a successful PACS implementation and are especially important to a facility’s community of referring physicians. “It’s no different from the implementation of any new technology—you can’t plan enough,” he advises. “You have to communicate, and when you feel like you’ve communicated enough, then communicate some more.”

The hospital’s PACS consists of CoActiv’s:

All of the CoActiv components are software-based and do not require any proprietary hardware purchases. NWH was able to implement EXAM-PACS using off-the-shelf hardware, ensuring that their hardware is not an exclusive PACS purchase. “The PACS hardware will always be our hardware,” Geller explains. ”And, our images are archived in a DICOM-compliant manner so they can be accessed with any DICOM-compliant software on any PC based platform.” 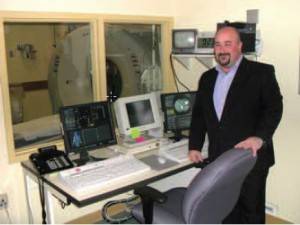 Improved Functionality and Workflow. CoActiv EXAM-PACS provides NWH with a variety of functions and workflow improvements that were impossible with film. For example, the system provides tools that allow the user to pan and zoom, or scroll through a stack of CT or MR slices; instantly review a patient’s exam history; or create customized CDs for patients and referring physicians. Plus, it provides NWH radiology staff and referring physicians with near instant access to studies, because there’s no waiting for film development or delivery of film to referring physicians. “Film has always been seen as the gold standard in terms of image detail,” says Dr. Perez. “But with film, you don’t have the ability to change settings and levels, magnify the image, or any of the other things you can do to digitally manipulate the image. This PACS offers a versatility and robustness that film cannot match.”

When a second opinion or a specialist needs to be included in the diagnostic cycle, an exam can be easily and quickly sent to another radiologist located at a different site. “CoActiv’s EXAM-SENDER automatically sends the completed exam to referring physicians and notifies them that it’s ready for them to review,” states Natoli. “This allows us to provide faster turnaround and helps us keep referring physicians and their patients more satisfied.”

This feature has helped NWH to solidify its relationship as an affiliate with New York-Presbyterian Hospital’s department of pediatric radiology. “Second opinions are important to parents in pediatric cases,” says Dr. Perez. “It literally takes me two keystrokes to get a virtually instant consultation.”

System Performance and Reliability. The image quality on EXAM-PACS radiology workstations meets DICOM standards and is clearly diagnostic. EXAM-PACS does not compress images for diagnosis and has the ability to archive images in the same resolution delivered by the modality.

Geller is pleased that CoActiv’s EXAM-PACS has not experienced any system downtime since it was installed—even during a recent hospital-wide conversion to an integrated clinical information system. And as an administrator, he’s pleased with the results of the investment. “In the first year, this system paid for itself—for our entire investment—and then some,” he says. “It’s important to understand that this is not the industry expectation with a PACS.”

Intuitive User Interface. Radiologists at NWH could not be more pleased with the CoActiv PACS. Dr. Perez—who describes himself as more of a technophobe than a technophile—joined the hospital when the system was newly installed. “I’ve been in radiology since the days when you wore red glasses to look at a fluoroscope,” he says. “I always looked at a PACS as something that you had to gradually learn over a period of years.” 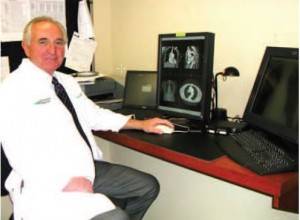 However, Dr. Perez’s experience with the CoActiv solution exceeded his expectations—he became comfortable with it in a matter of hours. “CoActiv EXAM-PACS is fundamentally intuitive,” he explains. “Within minutes of sitting in front of it for the first time, you can easily begin to navigate through the various functions and programs.”

Better Work Environment. According to Dr. Perez, the hospital’s PACS has become a valuable recruiting tool. Recently, he interviewed a prospective radiologist whose workload reading body CT scans has drastically increased because of the advent of new technologies such as multi-slice scanners. NWH was able to present its PACS to the job candidate as a tremendous advantage. “It’s a major physical challenge to interpret modern studies on film,” says Dr. Perez. “Ergonomically, it’s impossible to keep up that kind of pace using film.”

PACS is also a valuable employee retention tool, adds Geller. “Radiologists—especially ones that are sub-specialty trained and have years of experience—are difficult to come by,” he says. “CoActiv EXAM-PACS helps us give our physicians a much better work environment.”

The improved work environment extends to non-physician staff and referring physicians as well. “We underestimated the positive effect that this would have on staff morale,” Natoli explains. “It’s had a tremendous impact on all of them because the workflow is easier, there are no more lost images, and it provides instant gratification because you can retrieve and view images right away.”

Switching their radiology department from film to a CoActiv EXAM-PACS has been a huge benefit to NWH’s onstaff radiologists and referring physicians. The hospital was able to implement an affordable PACS solution that was easy to install and integrate. In addition, its features and functionality help the hospital improve the quality of patient care and improve departmental workflow, creating a better environment for its physicians and patients. “Ultimately our job as radiologists is to make a correct diagnosis,” says Dr. Perez. “In the CoActiv PACS environment, it’s easier to get it right and to reduce uncertainty.”

CoActiv has proven that it is possible for a fully-functional PACS to provide high performance and reliability without giving up ease of use or affordability. “With CoActiv EXAM-PACS, suddenly what was impossible and challenging has now become quite simple,” Dr. Perez concludes. “For that reason alone, it’s worth it.”

This article was originally featured in Imaging Technology News, May 2005.